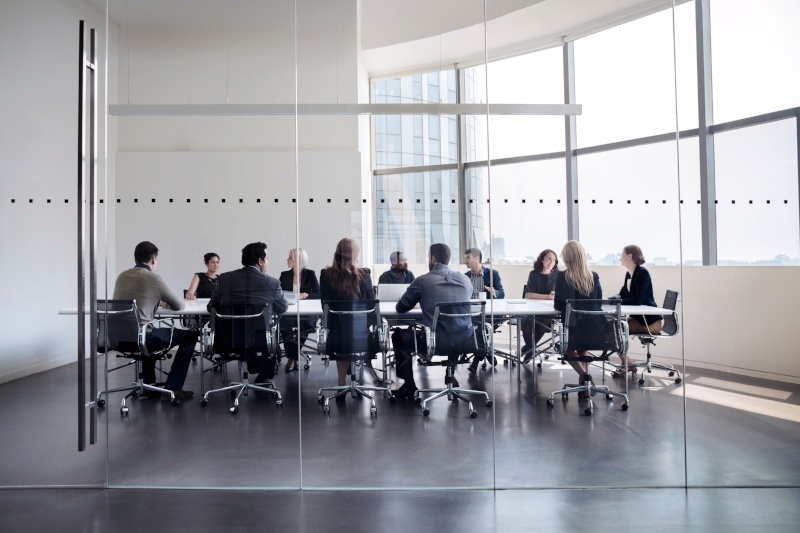 Business leaders, entrepreneurs, and creatives all need inspiration from time to time. Below you can find the 42 most influential and moving business quotes from famous leaders of the 21st century. If you are an individual striving for success, but are burdened by a lack of motivation, this collection of quotes may be the inspiration you need.

It is shocking to see the innovation and risk-taking that is required to keep a business alive in today’s competitive market. Browse these business quotes to learn how you can come out on top!

2. “Train yourself to let go of the things you fear to lose.”
— George Lucas, Lucasfilm

3. “The tipping point is that magic moment when an idea, trend, or social behavior crosses a threshold, tips, and spreads like wildfire.”
— Malcolm Gladwell, The Tipping Point

4. “A person’s success in life can usually be measured by the number of uncomfortable conversations he or she is willing to have.”
— Tim Ferriss, The 4-Hour Workweek

5. “Always look for the fool in the deal. If you don’t find one, it’s you.”
— Mark Cuban, Dallas Mavericks

6. “The companies that I really admire the most are the ones that have a deep visceral understanding of why people use their service, and they figure out ways of making money that are completely consistent with how people are feeling and what they are doing at the time.”
— Ben Silbermann, Pinterest

7. “If there’s something you want to build, but the tech isn’t there yet, just find the closest possible way to make it happen.”
— Dennis Crowley, Foursquare

8.“The next big thing is the one that makes the last big thing usable.”
— Blake Ross, Mozilla Firefox

10. “Every startup should address a real and demonstrated need in the world. If you build a solution to a problem lots of people have, it’s so easy to sell your product to the world.”
— Kevin Systrom, Instagram

11. “I’m here to build something for the long-term. Anything else is a distraction.”
—Mark Zuckerberg, Facebook

12. Uber is efficiency with elegance on top. That’s why I buy an iPhone instead of an average cell phone, why I go to a nice restaurant and pay a little bit more. It’s for the experience.”
— Travis Kalanick, Uber

13. “To me, business isn’t about wearing suits or pleasing stockholders. It’s about being true to yourself, your ideas and focusing on the essentials.”
— Sir Richard Branson, Virgin Group

14. “Life is fragile. We’re not guaranteed a tomorrow so give it everything you’ve got.”
— Tim Cook, Apple

15. “It’s not about having a specific set time; both personal and professional lives are 24/7. It’s simply, more about making the right allocation to each one and recognizing that it’s going to be different every single day.”
— Ellen Kullman, Dupont

18. “You have to be very nimble and very open minded. Your success is going to be very dependent on how your adapt.”
— Jeremy Stoppelman, Yelp

20. “Make every detail perfect and limit the number of details to perfect.”
— Jack Dorsey, Twitter

22. “Timing, perseverance, and ten years of trying will eventually make you look like an overnight success.”
— Biz Stone, Twitter

23. “Anything that is measured and watched, improves.”
— Bob Parsons, GoDaddy

25. “The secret to successful hiring is this: look for the people who want to change the world.”
— Marc Benioff, Salesforce

26. “Work like hell. I mean you just have to put in 80 to 100 hour weeks every week. [This] improves the odds of success. If other people are putting in 40-hour work weeks and you’re putting in 100 hour workweeks, then even if you’re doing the same thing, you know that you will achieve in four months what it takes them a year to achieve.”
— Elon Musk, SpaceX and Tesla Motors

29. “Fearlessness is like a muscle. I know from my own life that the more I exercise it the more natural it becomes to not let my fears run me.”
— Arianna Huffington, The Huffington Post Media Group

30. “If you are not embarrassed by the first version of your product, you’ve launched too late.”
— Reid Hoffman, LinkedIn

31. “Often times in order to capture your dreams, it will require you to chase your fears.”
— Neil Patel, Crazy Egg

32. “I believe every human has a finite number of heartbeats. I don’t intend to waste any of mine.”
—Neil Armstrong, NASA

33. “Don’t be intimidated by what you don’t know. That can be your greatest strength and ensure that you do things differently from everyone else.”
— Sara Blakely, Spanx

34. “Option A is not available. So let’s kick the sh** out of option B.”
– Sheryl Sandberg, Facebook

37. “Either you run the day, or the day runs you.”
— Jim Rohn, Motivational Speaker

38. “Setting goals is the first step in turning the invisible into the visible.”
— Tony Robbins, Public Speaker

39. “Some failure in life is inevitable. It is impossible to live without failing at something, unless you live so cautiously that you might as well not have lived at all — in which case, you fail by default.”
— J.K. Rowling, Harry Potter

40. “The common question that gets asked in business is, ‘why?’ That’s a good question, but an equally valid question is, ‘why not?’”— Jeff Bezos, Amazon

41. “I always did something I was a little not ready to do. I think that’s how you grow. When there’s that moment of ‘Wow, I’m not really sure I can do this,’ and you push through those moments, that’s when you have a breakthrough.– Marissa Mayer, Yahoo

42. “But as an entrepreneur you have to feel like you can jump out of an aeroplane because you’re confident that you’ll catch a bird flying by. It’s an act of stupidity, and most entrepreneurs go splat because the bird doesn’t come by, but a few times it does.”— Reed Hastings, Netflix

SOS: How to Rescue an At-Risk Project

Next up in Productivity