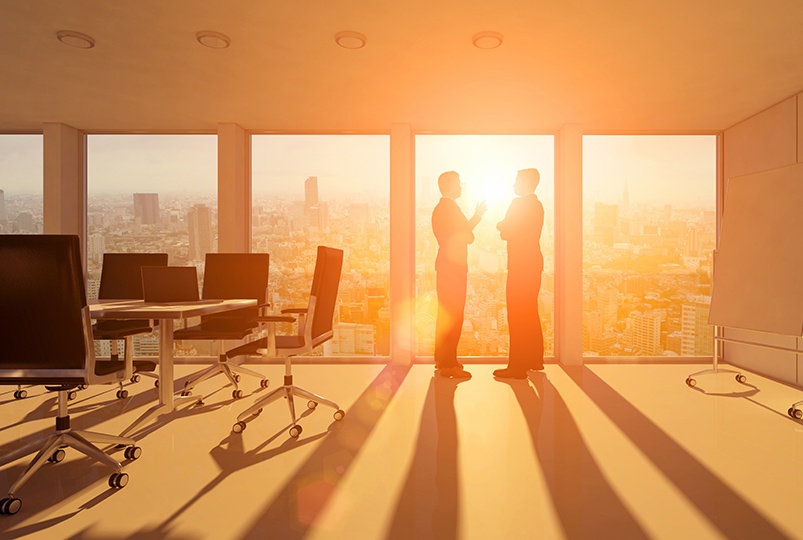 Project management challenges exist across a number of industries, business models, and circumstances. In today’s economy, most business leaders need to be aware of project management best practices— chances are, they will come across a complex project within their own organization that requires PM expertise.

I’ve worked in the marketing and advertising business for a number of years, most of it on the agency side. It was a customary practice to add freelancers to the team for special projects or to win new business.

We would add both creative insights and ideas or outside technical experts would join that specialized in video or perhaps web development. A good freelancer might work for a dozen agencies and is usually behind the scenes, meaning they would earn money, but rarely received any credit. The agency owned the freelancers’ ideas and the client. It might have been called a project, but in reality it was an ongoing client relationship.

The Hollywood model best represents a project with a true beginning middle and end. Making a movie takes a lot of talent, money and time. Most, if not all, of the folks that work on a Hollywood movie are not employees of the studio. So producers have to assemble the production team, director, actors etc. every time that a new picture is set to shoot. After months and sometimes years, the same team stays together and works together for as long as it takes to finish the film and then they break up the team, and they all wait for the movie to be released to see their credits on the screen.

That model is still alive and well in Hollywood, but it has also found its way into many other types of projects that are well defined and have an ending. According to a recent New York Times article by Noam Scheiber, technology and better sourcing data has allowed for “pop-up” type projects that are solely designed to achieve just one thing only. An example is the creation of the True Story card game and mobile app. “On the face of it,” he writes: “it looked liked it had all of the components of a real organization. Upon closer inspection, the producer of True Story wasn’t really a firm: The workers were all freelancers who typically had never met and, perhaps more striking, the entire organization existed solely to create the game and then disbanded.”

Two Stanford professors Melissa Valentine and Michael Bernstein, call these “flash organizations” — “ephemeral setups to execute a single, complex project in ways traditionally associated with corporations, nonprofit groups or governments.” Their research indicates that flash organizations are viable now because of the amount of data that is available on individuals and their qualifications, availability, track record etc. And people of course are the critical components of the flash organization. The role of finding the right people through technology has sprouted a number of new digital platforms and intermediaries that create temporary organizations. And unlike the Hollywood Model, the budgets are considerably less but the technology is making it affordable. According to the professors: “Computation, we think, has an opportunity to dramatically shift several costs in a way that traditional organizations haven’t realized,” Professor Bernstein said. “It’s way easier to search for people, bargain and contract with them.”

All of this is great news for professional services organizations that want to expand their reach, but not their overhead. Access to the technology that helps create flash teams provides opportunity for any size organization to scale on demand and then disbands. One person, theoretically, that is a good pitchman and project manager could solicit projects from any size organization, anywhere. Doing just that has become a viable business. The article quotes Jody Miller co-founder of the Business Talent Group. Her firm sets up temporary teams of freelancers for corporations. “We’re the producers,” Ms. Miller said. “We understand how to evaluate talent, we pick the team.” I think that a freelancer that works with these kinds of companies could easily create a home and build security as long as the intermediary is there and they get good reviews etc. This can eliminate a great deal of anxiety as independent consultants and contractors typically move from project to project not knowing how long they may not be working in between.

Power to the PM’s

All of this news puts project managers in the drivers seat. Mr. Scheiber writes: “Yet the flash model appears to have revolutionary potential. If nothing else, millions of middle-management jobs that fell by the wayside in recent decades might one day be reincarnated as freelance project-manager positions.” “The bottleneck now is project managers,” Ms. Valentine said. “It’s a really tough position to fill.” The reason for that I think is that project management has evolved into producer status, not just managing the pieces and people of the project but also identifying the strategy and hierarchy of the team.

So once again it comes down to people. Technology can tell us where to find them, what they’ve been doing and whom they’ve worked for in the past. We can gather up a few and create whatever we want. All we need is a goal and the budget to get there. Boy, that sounds familiar, so I guess some things haven’t changed that much at all.

Next up in Project Management